Today just before going out (around lunch hour) I felt that I really wanted to talk to someone, anyone really, because living alone and being creative means that u also spend a lot of time by urself, and this morning (ok, around lunch hour), I went to one of my favorite cafés and the minute I sat down to drink my beloved cappuccino (in a take away mug) this super cute older lady who was sitting just next to me, she asked me how come I chose to take a take away in stead of a regular mug and I answered her that it was because I prefer to have to choice to be free and to be able to go someplace else if I feel like it. So if I have a take away I have the choice to leave whenever I feel like it. She thought it was because the coffee lasted a longer time in a regular mug. I loved it that she asked me the question, because it´s a very ”unSwedish” way, because we don’t really talk to strangers or ask them questions, it doesn’t mean that we don’t want to ask them questions, but Swedish people usually find it very awkward and they get very uncomfortable when they have to speak to strangers when they don´t really feel like it. I love talking to strangers. Ok, maybe not all the time, it does depend on the situation, and it depends on my mood too. But when I´m in my territory and I´m in a good mood I love talking to strangers. This lady was super cute. She told me that she comes to this café a lot, and when she doesn’t come to this café, she goes to another café couple of blocks of away, a café that is very famous in Malmö (Kaffebaren på Möllan). So cool! She was about 65/70 years old, maybe 72, 73 years old, and she loves going to cafés by herself. She told me that she loves going to cafés alone, that she usually prefers being by herself at cafés because she can do people watching and she can talk to people etc. She had such a nice energy. and she also told me that she had just bought a new phone and a new ipad and that she was gonna go home and figure out how they worked. She also said that she was super excited too about these new stuff. Even i got excited and happy wean I heard and watched her being so excited about these ”small” stuff. I had such a nice and fun time talking to her. It was so much fun. I looove moments like these.

After she had left, a young pregnant woman (in her mid 30s I would guess) came in and she seemed quite stressed. She asked the girl behind the counter if they had any charger for her iphone( which they didn’t) because her phone had just died and she was supposed to meet a person at the station (just on the other side of this café) that she couldn’t find. I could see the panic and stress in her eyes. Poor woman. I so feel for her. Who hasn´t been in this kind of situation in their life? The phone always dies when you have to call/meet someone and you can’t find the person etc. Lucky for her I did have my charger with me (I always bring my charger with me in case my battery would die) and she was soo grateful. She was actually beyond grateful. She asked me too if she maybe could borrow my phone for a second to call her boyfriend (because she didn’t know the persons number by heart and her boyfriend had the number written down), and I said ” of course, go ahead”. I could tell that she was a genuin person that I could trust, and I feel that you have to be there for people, it doesn’t matter if it´s strangers or friends. ok, it depends on the situation, but in this situation I felt that she reeeeaaally needed to get hold of the person that she couldn’t find anywhere (the area around the entrance to the station Triangeln is quite big so it´s easy to not find people there) so I said ”of course, just use it, no problem”. Of course her boyfriend didn’t pick up (prob because he couldn’t recognize my number), but it did turn out well in the end, because her phone had just ”woken up” so to speak, so she could eventually call the person that she was looking for. She thanked me so many times, she looked so grateful and happy when she went out of the café. And I thought, huh, I wanted to talk to people and I got my wish come true. And I loved it (I didn’t love that the pregnant woman was in panic and stress, but u get the picture=).

The woman actually came back, like 5 minutes later, with a woman behind her. A woman that sounded Polish (or another similar language) that spoke English. At first it looked like it was a date between two friends, but then I figured out that it was probably some kind of interview. I didn’t hear everything they were talking about but I could sense the energy between them and the fact that the other woman looked a bit tense and in a bit on a ”defensive” mode that you can have when being on a interview.

But it was so funny looking at them, knowing that I had actually helped this pregnant woman. And she was so sweet too, because the minute that they entered the café she mentioned to the other woman that I was the one who had helped her. That made me smile. 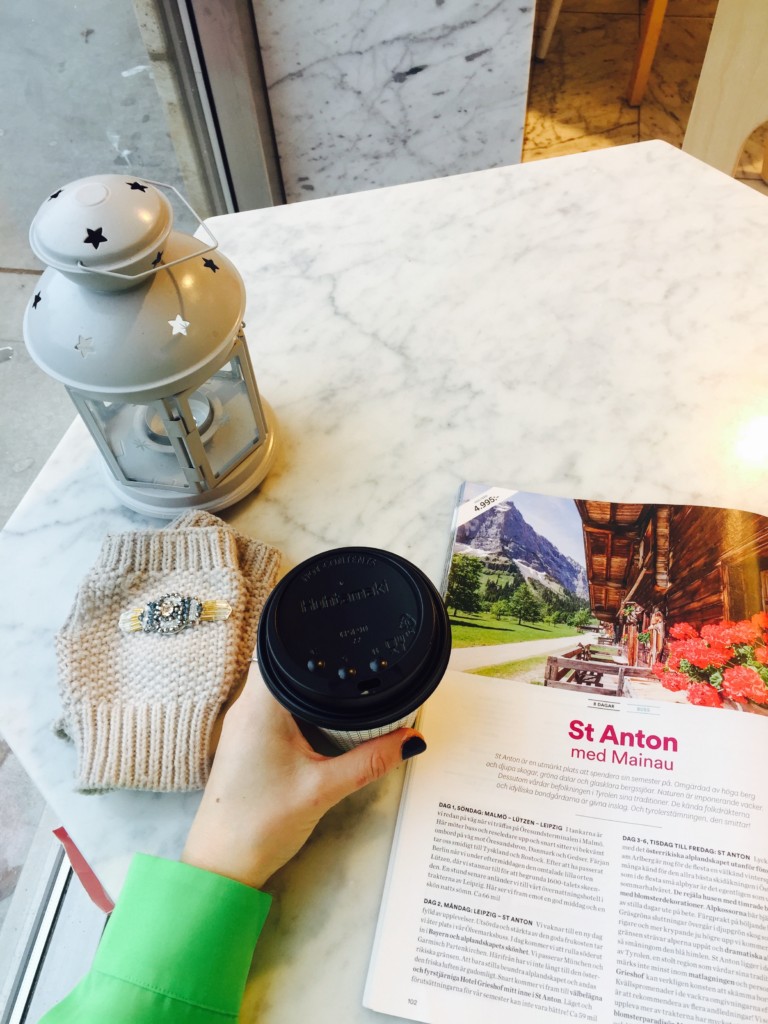 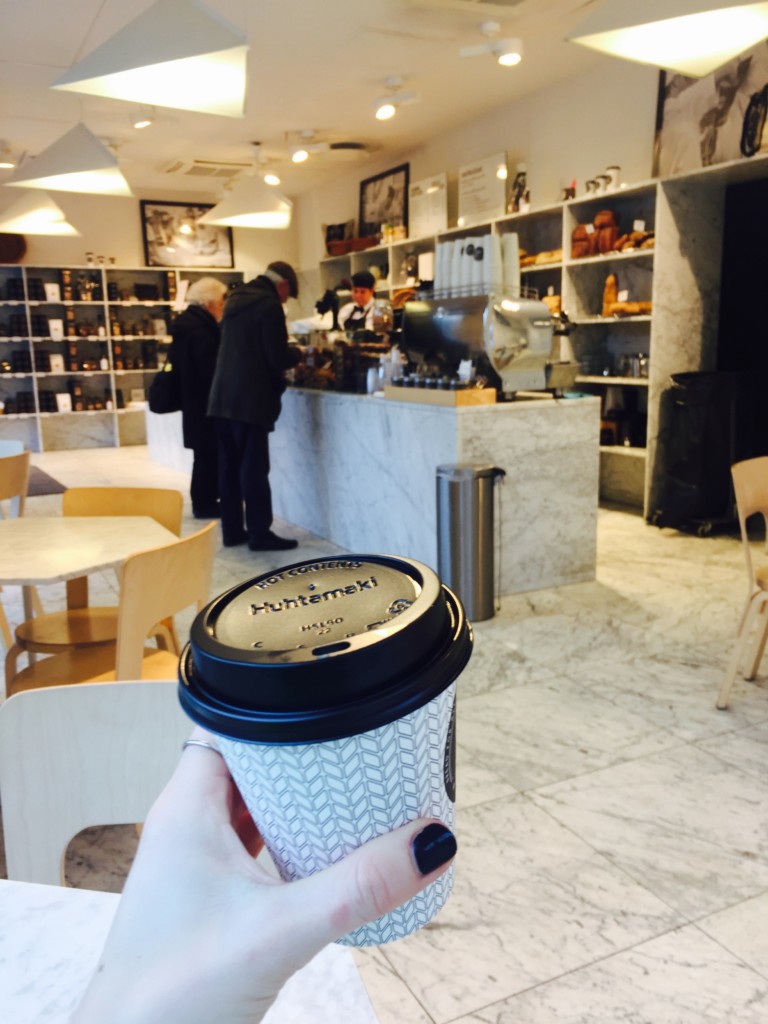 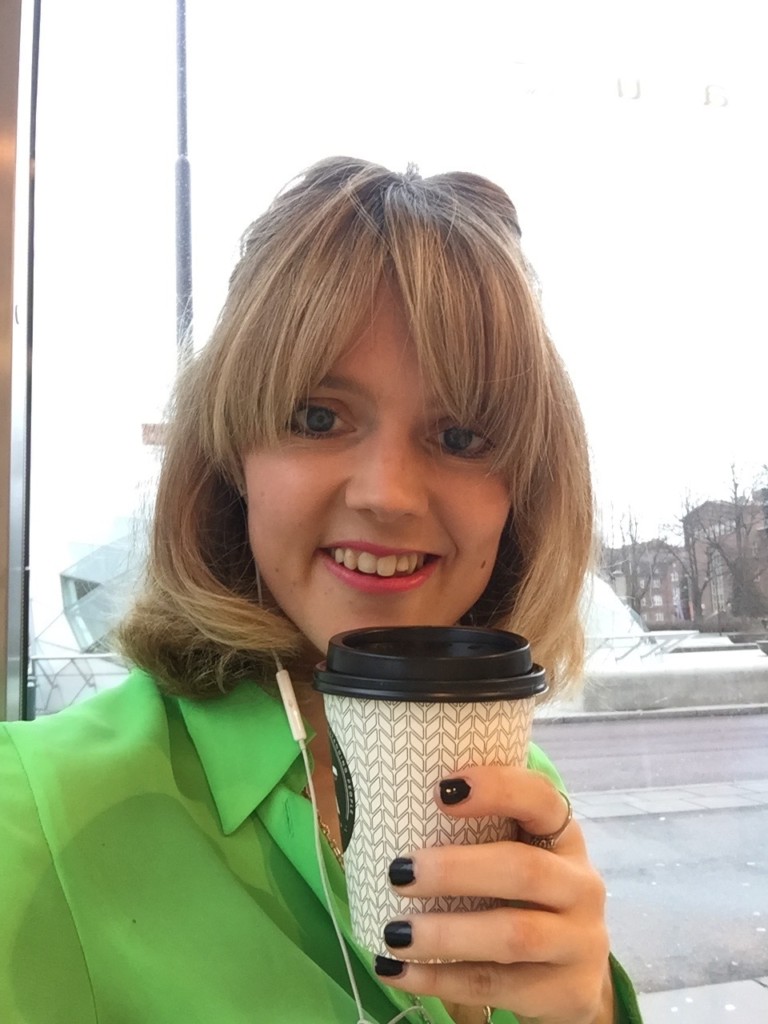 And speaking of going to cafés spontaneously I decided to go to a restaurant/bar later on in the evening after my dinner, it´s a restaurant that is quite cool and chill and it´s really close to my apartment, like 3 minutes walking distance. I´ve gone there by myself before and I liked it. And earlier tonite I decided very spontaneously that I needed something to happen, I didn’t feel like going to the gym (I had been to the gym this morning so going there twice the same day…njaaaa) and I needed to work on a presentation so I thought if I changed the environment I would feel inspired, and it worked! It was sooo nice, I ordered a cappuccino and I listened to a pod on my phone while I was working on my presentation and I really enjoyed it. It was kind of a ”walking down the memory lane” for me when it came to going to restaurants by urself in the evening, because I used to do that quite ”often” when I was living abroad, just because it was so easy to do these kind of things by urself. It´s really not that big of a deal doing that by urself abroad. We should change our way of thinking about that subject here in Sweden. In Sweden we usually pity those who sit by themselves, but it´s actually really nice to sit by urself. You can bring a book, or ur computer or a magazine or just listening to music on ur ipod/phone and just do some people watching. It gave me so much energy and it was really nice to do people watching and listen to the French music that they were playing. I stayed there for about an hour and afterwards I was quite proud of myself and satisfied.

I´m def gonna do more of that from now on. 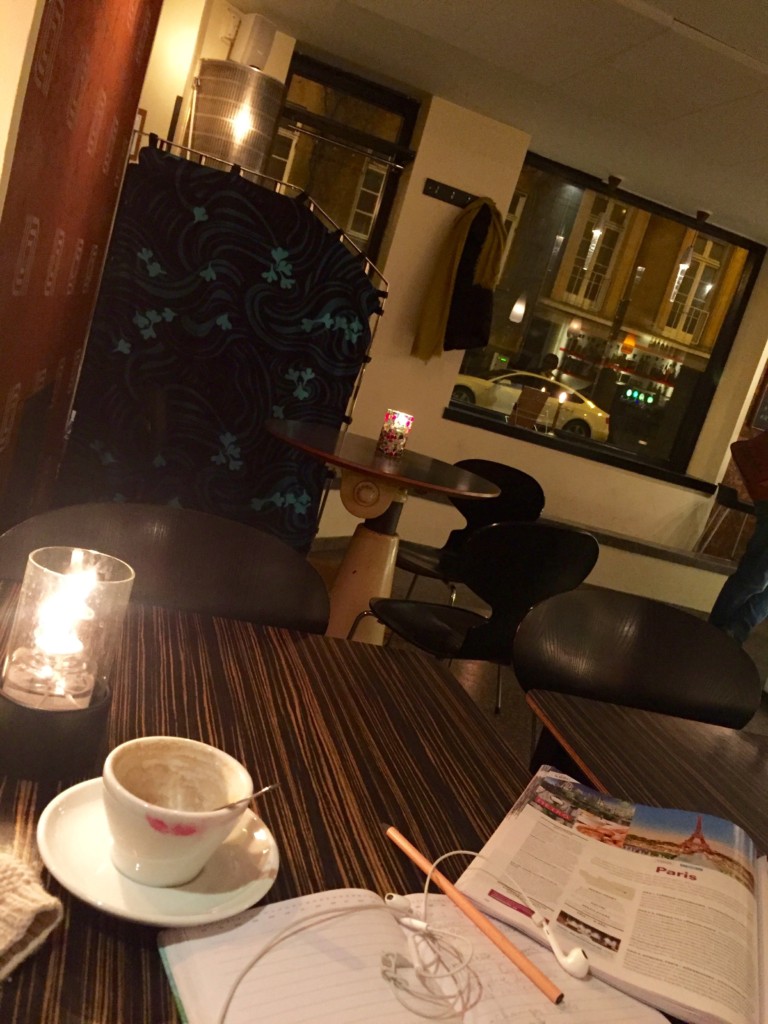 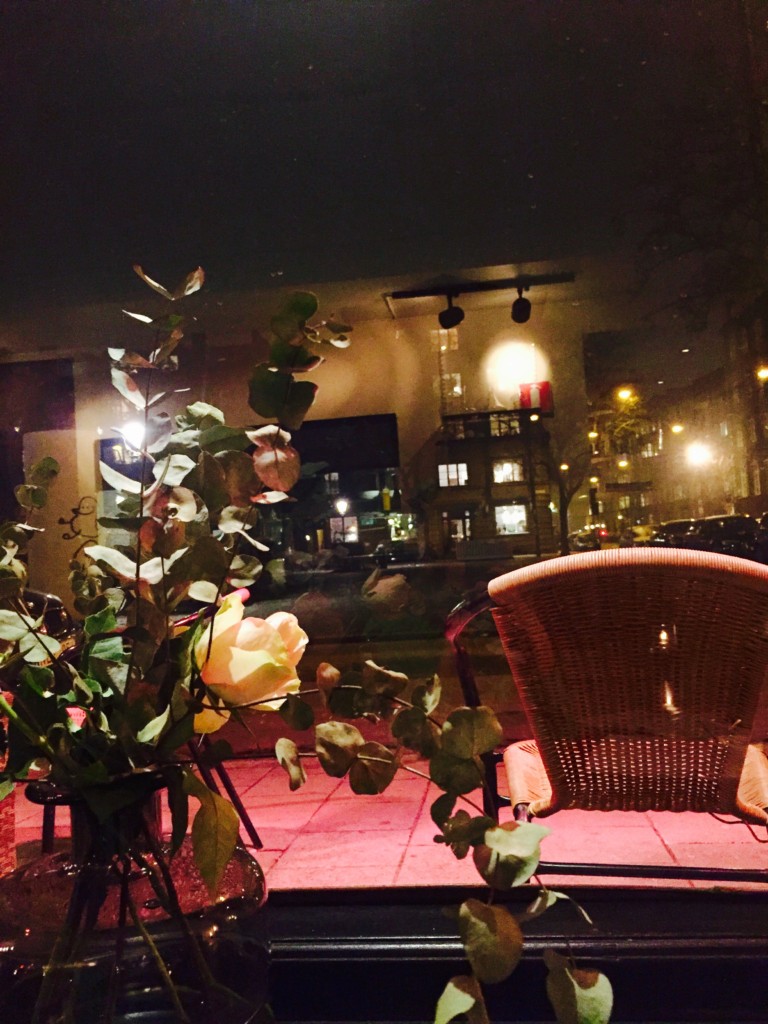 Wish you all a beautiful evening!