It is getting quite cold now and it´s started raining quite a lot, it´s actually snowing in Stockholm and in Gothenburg as we speak, but I don´t know what I prefer and am happy about. Do I prefer rain instead of snow and I´m happy that it´s raining instead of snowing? Or is it more fun with snow? Don´t know…Buuuut, it doesn’t actually matter (…?) so much that the weather is crap, because it´s something called International Week at my school which means that they have invited teachers from all corners of the world to have lectures about their work/projects. We didn´t have any classes yesterday, no classes today and some of us don´t have any classes tomorrow as well because they like us to be able to attend these lectures (if we want to) and I have attended five so far (three classes yday and two today), and the lectures I attended yday were sooo inspiring and fun and different that I was in awe and in ecstasy (the feeling, not the drug=)) last night because I had had such much fun!

All the lectures are 45 minutes each and they are all in different classrooms, and you can attend as many or few as you wish (if u don’t want to attend the lectures you don’t have to of course). The first lecture was a teacher from Sarajevo, Bosnia who gave a lecture about how you can teach students who are still affected by the war that ended twenty years ago in Bosnia, and other related things (I actually didn’t understand that much but that was mainly because she used a very academic language when she spoke so I didn’t understand everything but I def thought what she said was worth listening to), and then the second lecture was just amazing. They were two men from a city called Quisse Mavota situated in Mozambique, and they worked at a secondary school there. One of the men were English teacher and the other man was something above the principal at the school, and they (mostly the English teacher, because the other man´s English was not fluent) and they told us about a project that they had done at their school that was very successful.

Hearing about their situation and their project was really interesting and fun listening to, but the most inspiring was actually the English teachers amazing energy. He had so much joy in him that the energy was shining around him (not literally of course but u get the picture) and he was filled with gratefulness. His energy was so contagious that all I wanted to do was to smile, and smile like I´ve never done before. It was amazing. When he spoke you could see that he was truly grateful, so grateful and happy about everything that they accomplished and received, that it hit me that we Swedes, we are not very grateful. We say that we are grateful, but we´re not really grateful, not in that way that they are grateful. They are grateful for REAL. When I left the lecture I was filled with so much joy that i could´t stop smiling. He is really a big inspiration this English teacher, not only for the way he had handled the situation that led to this project, but also his compassion and gratefulness. I wish more people (including myself) could be more like him! 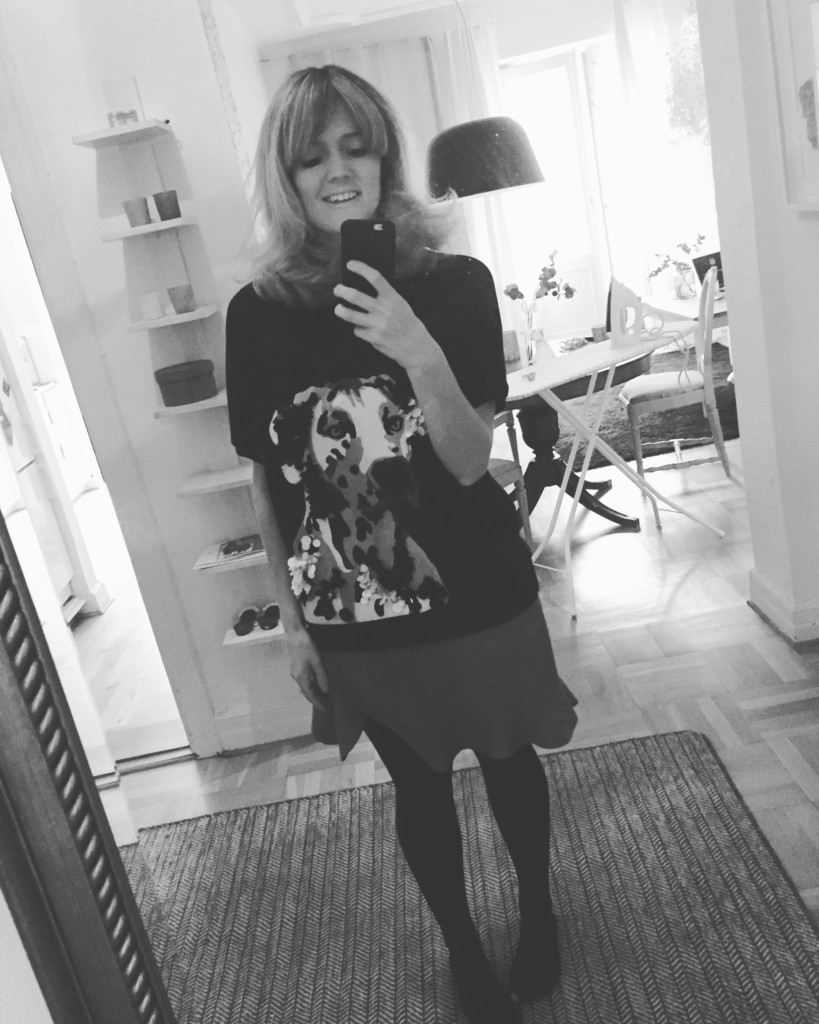 The third and last lecture for that day was a lecture held by a Spanish teacher from a Fine Arts school in Madrid, the lecture was about Contemporary Art, and I thought in the beginning that this class most likely would be quite boring (just because I don´t know that much about art and art history), but the lecture was anything but boring. This teacher was so inspiring and different that my thought was to immediately move to Spain to attend her four year program at this Fine Arts school. She really had a different way of teaching that really talked to me. She talked about the different emotions that we all go though as art students, we all feel the same panic when we don´t know how something should be done (for example if she asks her students to draw someone´s face, then the students will probably panic because they all get insecure because they think that the drawing has to look real and close to reality, but she said that we have to understand and accept our emotions that we feel, and in that way have the guts to question how things should be done and look like. One thing she did that I really liked and that was really different way of doing it was that she told us (after maybe 10 minutes in the class) that we should stand up and stand on the tables.

We all looked at each other with big question marks on our foreheads, ”did she really mean what she said?” we all wondered. Did she understand what she said? (Spanish people are not known for being good at speaking fluent English) but she repeated the question, and after a second or two one person began standing up on the table and one more person did it and then slowly we all followed them and did the same thing. We all wondered what she wanted with thing ”thing”. There were couple of persons who didn´t stand up on the tables and she asked them why they were sitting down (not in a patronizing way, but just in a curious way), they were probably too polite to answer the question so she turned to us who were standing on the tables and asked the same question. After a while she got more and more suggestions (also to what we were feeling and what our thoughts were when standing up on the tables) and one thought was that we were a lot higher up than her and I said that we could look down on her and then she returned the question ” did that mean that respected her less?”

Hmmmm…we all looked at each other, but we all agreed that no, we didn’t respect her less. I thought that was a very good point that she did. That doing things differently doesn’t necessarily mean that you respect the teacher less. One more thing that she taught us was that she said that it doesn’t matter what choice we make, whether or not we stand up on the tables, the question that we all should ask ourselves was WHY we did it. The answer didn’t really matter (there could be many reasons why we did or didn’t stand up on the tables such as fear of hurting her feelings, or fear of falling down, or fear of feeling dizzy etc), but the most important thing was that we had the guts to ask ourselves WHY. 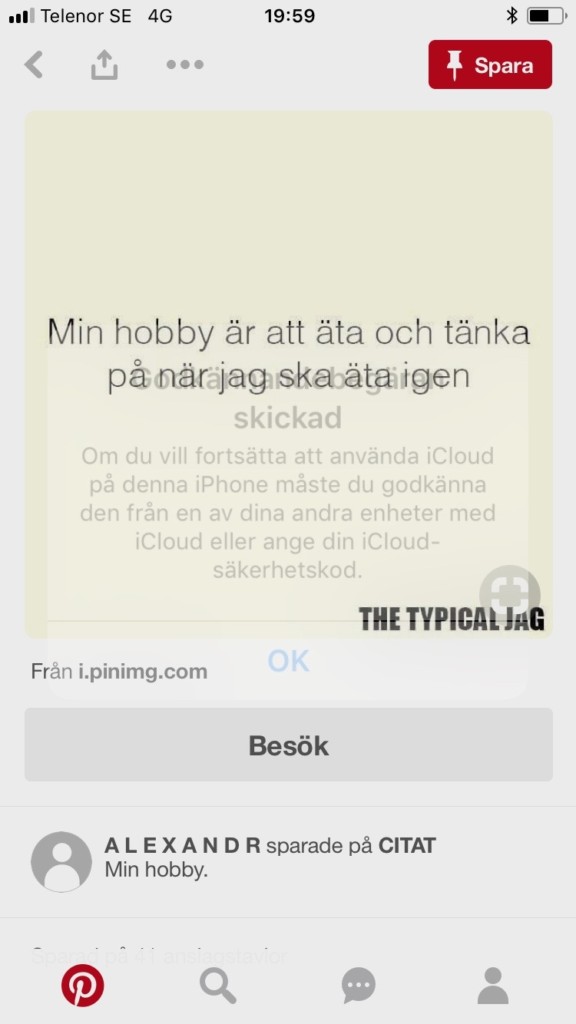 Another example that was really good and really clever, was that she told us about a project that her students had done where they had knitted long lines of yarn that they had put on a big basked ball court (at the school), the yarn went from one side to the other side of the court, and then when it all was finished she told her students to start playing basked ball. They said, but we can’t play on this yarn, we will fall, or we will slip. And then she said something that I really liked; ”Then you have to make up new rules how to play”. And then they did.. isn´t that amazing? I thought that was so inspiring. Also a very different way of thinking and doing projects and also a different way of proving a point that shows that just because you are used to doing things in a  certain way, doesn´t exclude other ways of doing it. Just because you are used to doing it in a certain way doesn’t mean that it is the right way or that there aren´t any other ways to do it. I really took that to my heart. So inspiring! 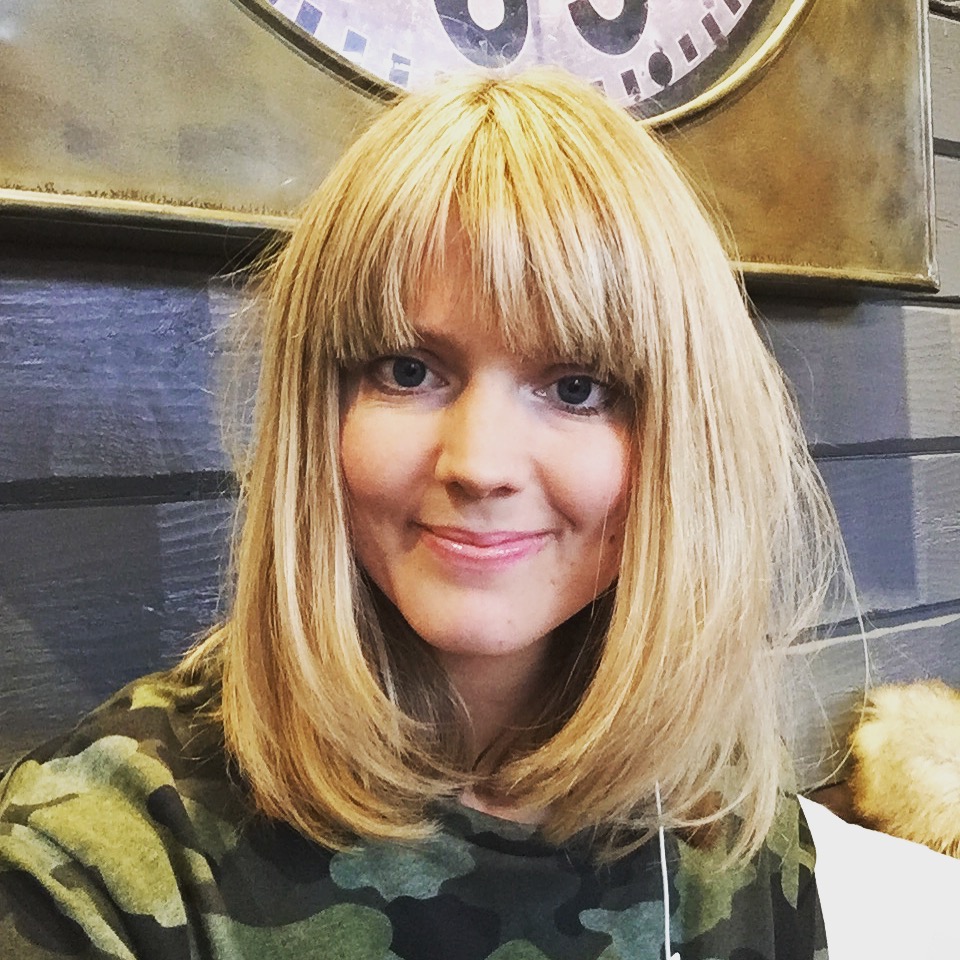 This week has really been something special. It´s been so much fun going to all these lectures, I even went to two lectures on Wednesday and three on Thursday, and they were too very inspiring (altho the lectures from Tuesday were the best ones). I love learning new things, and it doesn’t matter if it´s in English (but if it´s an academic English that they speak it can be more challenging to me). Sometimes it can even be more inspiring if it´s in English because it gets a bit more international which is something that I really like. And also it was nice to go to lectures where I didn’t feel/had any pressure to remember things and/or take notes on since we all went to the lectures voluntary.

Well this became a really long post, I hope that you all were able to read it all=)